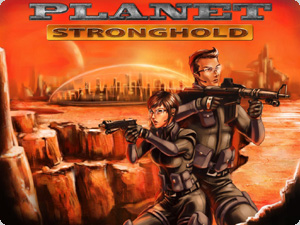 Planet Stronghold is a sci-fi role-playing game with a turn-based combat system.

You take the role of a young, new recruit that somehow gets assigned to the most well-known, and well-defended, human outpost in the whole galaxy: Planet Stronghold.

As the story goes on, you'll have to choose a side in a a war that will change the destiny of the planet, and of humankind, forever.

- downloadable Soundtrack and Official Strategy Guide
- 4 new exclusive weapons will be added at beginning of the game
- you will be able to craft more than 80 extra weapons/armors using metal scraps that you'll loot from the enemies. To access the "assemble items" screen, visit Lucille in the science laboratory 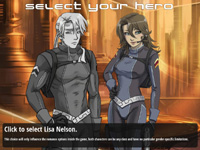 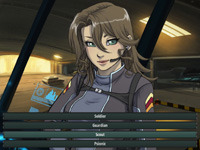 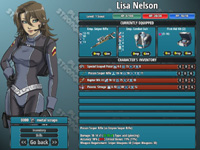 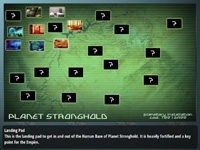 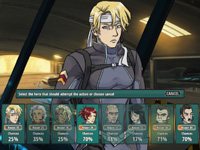 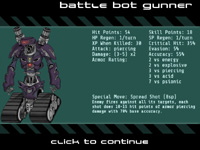 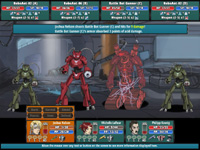 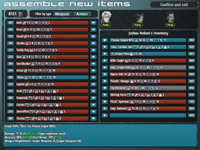 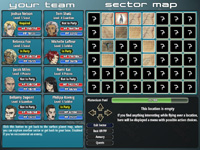 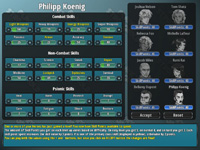 Content rating: cartoon violence and sexual innuendo, alcohol reference/use.
If you bought the base game before, you can add the bonus content clicking the button below for only $4.99

Remember that you need the Planet Stronghold base game for this upgrade to work.

JOSHUA OR LISA NELSON
The main protagonist of the game and the role you will take in this adventure. Your actions will determine the fate of Planet Stronghold and the human race itself!
No matter which gender you choose, you'll have 3 love interests to choose from.

TOM SHATZ
Tom Shatz is the Lieutenant of the Planet Stronghold army. He is an experienced soldier known for his many battles against a vast array of enemies. He is a very busy and determined person, and doesn't seem to have any time for personal relationships. But maybe Lisa can change his mind.

REBECCA FOX
Sergeant Fox is one of the best snipers in the colony. She is proud and aggressive, and treats every mission as a test of her abilities. Her goal is to excel above her peers and have a long and successful military career. She doesn’t lollygag and is always seen working. Maybe there’s something in her past that made her like this?

MICHELLE LAFLEUR
Extroverted and easy-going, Michelle is a young, beautiful, red-head who knows how to fight and how to have fun. With her around, you'll never be bored. She loves experiencing new things and keeps a very open mind. She talks entirely too much though, so think twice before sharing a secret with her.

BELLAMY DUPONT
An army veteran against the aliens. He was supposed to be temporarily stationed at the Planet Stronghold outpost, but soon he'll find himself trapped there until all the problems are dealt with. He wants to leave the colony as soon as possible to make sure his family is safe.

PHILIPP KOENIG
A harsh and surly man who criticizes everyone and everything. He is outspoken and generally makes demeaning comments no matter how he’s treated. Despite his social shortcomings, he is still an excellent sniper on the battlefield. Behind that hard surface, he is an honest, brave man. His lack of social skills is compensated by his acts of good will.

JACOB MILES
Jacob Miles is a mysterious, enigmatic psionic. He doesn't speak much of himself, and his past is shrouded on a veil of darkness. Nobody knows where he came from, or who his parents are. He was found on Planet Stronghold as a child and raised by an android. He has become one of the most powerful psionics of the army.

RUMI KAI
Rumi is a young psionic woman who has a very strong sense of honor and respect for both her allies and her enemies. She looks very cold-hearted and follows a rigid code of honor that she would never break. She is blind, but that does not hinder her abilities.

The Curse Of Mantras
Romance:GxB BxG GxG BxB available for