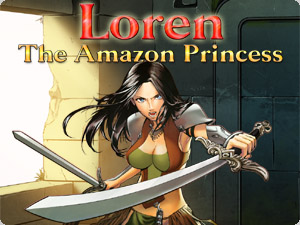 Loren The Amazon Princess is a fantasy epic combining intricate turn-based battles with a heroic tale of overcoming evil, with a twist!

In this tale, you play as a loyal servant of the hero rather than the hero herself.

Travel by Princess Loren's side as she searches for her lost mother, the Queen of the Amazons. Guide her choices and act as her valiant defender, meeting many colorful characters along the way.

As the journey progresses, everyone will grow and change: character development in games isn't dead! It's also impossible to see all the content in just one playthrough, with so many ways to customize the characters. 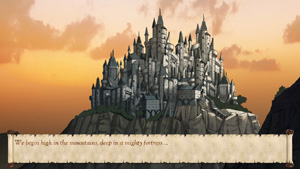 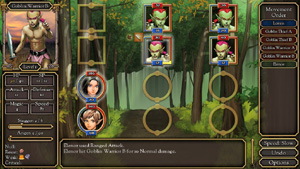 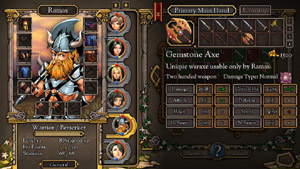 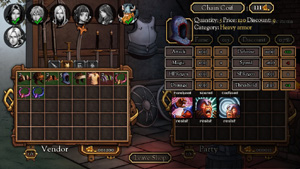 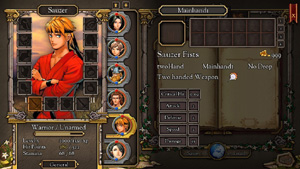 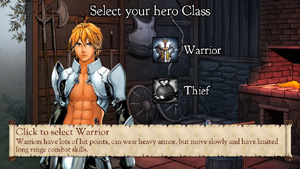 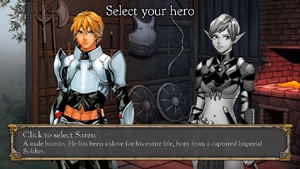 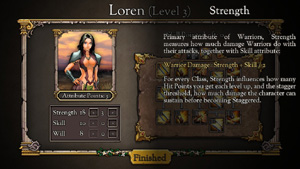 The player character. Both slaves of the Amazons, they are valued for their incredible healing skills, making them both a valuable ally on the battlefield.

Loren
The Amazon Princess, heir to the throne.
She is beautiful and deadly, determined and apparently without time for romance.

Karen
The Amazon Queen, she mysteriously disappeared from the Amazon Citadel. What are the secrets behind her disappearance?

Apolimesho
The Archwizard of Grimoire is a powerful old mage who will ask Loren's help to retrieve a special item.

Amukiki
The Champion of the Arena, Amukiki is the most renowned gladiator of Grimoire. He will pledge his loyalty to Loren.

Dora
Don't call Dora the dwarf a thief, since she might be offended! She will join the group for the sake of adventure.

Ramas
A dwarf merchant-warrior, robbed by bandits, will join Loren's group after falling in love with Dora.

Myrth
One of the Elder Druids of GrandTree, she is one with nature and will seek Loren's help to fight the dark elves.

Rei
The Assassin Rei is one of the best elven marksmen, and a notorious womanizer.

Draco
A bizarre Mage Elementalist. Often mocked by the other party members, don't underestimate the power of his spells.