The Curse Of Mantras is a dating sim with optional card battler gameplay. You play as either Lily or Ace, and you wake up in a strange supernatural world known as the Afterlife. A strange man, Mantras, greets you and introduces you to the world's rules and your companions. 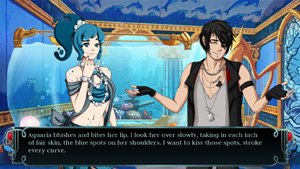 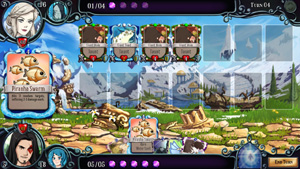 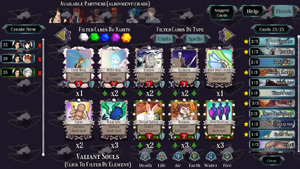 Your companions are other dead people that represent an avatar of one of the four elements: water, fire, air, earth, and one of the two arcana: life and death. Lily and Ace are the avatars of death. The most powerful avatar, the only one who has the power to activate a strange device, a music box, which can make them remember their past lives, and most importantly, why and how the died. 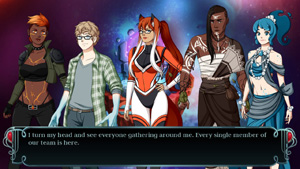 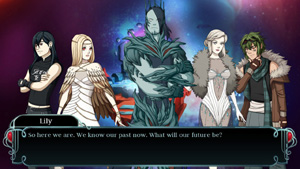 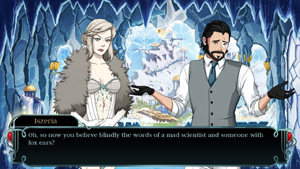 Even if this is the Afterlife and everyone is dead, there's love to be found in this place. Each companion except the opposite avatar of death can be romanced, for a total of 10 love interests, each one with at least 2 romance CG scenes! 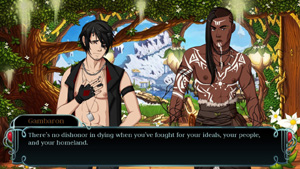 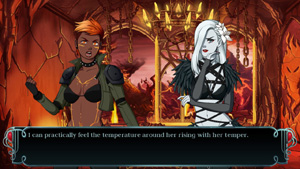 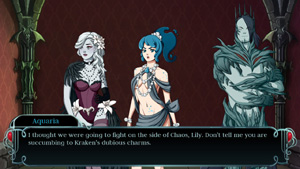 The Curse Of Mantras offers an optional but detailed card collecting game, featuring over 120 cards: 72 unique creatures and 60 different spells, divided based on element/arcana and alignment. 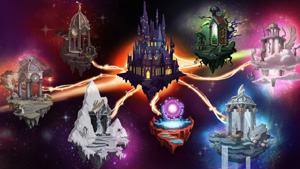 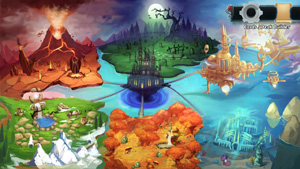 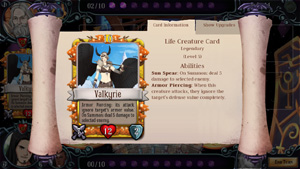